…a.k.a. a Trivial Resistor Enhancement.

One of the main points of criticism heard most about the Kawasaki ZZR 1400 (or ZX-14 Ninja, as it is called in the USA), is the relatively low amount of torque at low engine speeds (3000-5000 rpm) in gears 1-4. The reason for this is that Kawasaki took some measures to keep the bike easy to handle, and not have it wheely all the time.

There is a quite simple thing you can do to boost the torque a little: install a “TRE”. A TRE, or “Timing Retarder Eliminator”, as it was called by its inventor, is a simple device that makes the ECU of the bike think it is in 6th gear all the time, allowing for faster throttle opening rates in lower gears, resulting in a 15 Nm torque increase at 3500-5000 rpm.

An original TRE from Ivan costs USD 70.00. The device, however, is nothing more than a 270 Ohm resistor in a strong casing, with the necessary connectors for easy mounting. The cost of the different parts should not be more than a few Dollars or Euros, so it might pay off to build a TRE yourself.

For the fearless among you, I have written some instructions (in Dutch) on building and installing a DIY-TRE. Available for download right here.

Careful readers (if there are any… somehow I doubt that

) may have noticed that on October 1st, I posted a small update to the previous article about the “mileage” of my old Suzuki (99880 at the time).

Well, on October 4th, I finally managed it: the counter reached 99999. Of course, I made the effort to ride that extra kilometer, but to my great surprise, the counter refused to flip to zeros. The main counter and both trip counters just stopped. A new challenge is here

In the mean time, I forgot to tell you that I took the Kawasaki ZZR 1400 for a test drive, on September 23rd already. I had to go through Kawasaki Netherlands to find a dealer that still had the ZZR available, and it brought me to a small motorcyle shop in Haastrecht.

The test drive was enough to make me decide that I wanted that bike, and since the actual demo bike was for sale at a nice price, I decided to buy that one. Last Saturday, I went back to Haastrecht to pick it up. Me happy!

So… things went a little quicker than I thought. There was barely enough time to ‘finish off’ the Suzuki, before her replacement arrived. 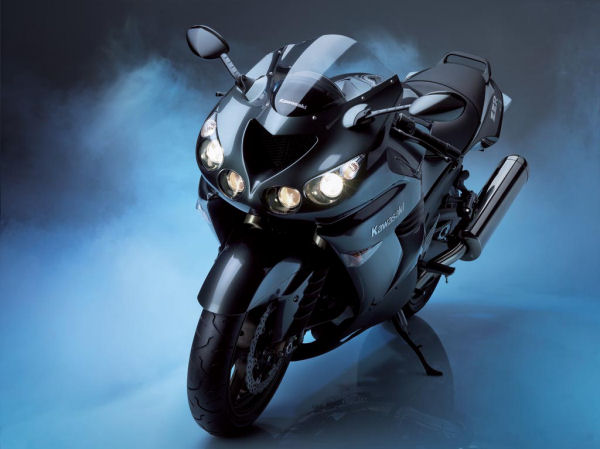